Driving in the city today with my windows rolled down and as I stopped at a red light, I looked at the car in front of me and what I saw gave me pause.
There was a kid, couldn't be more than two, hanging over the back of his car seat, staring at me with his tiny little cuteness. I literally sat there dumbfounded for a moment, not sure what to do. The driver was looking straight ahead, the passenger on her phone.
Should I beep my horn to let them know? Try waving my hands to get their attention?
Fortunately, the passenger glanced back and saw him. I heard her yell "Sit back down!" in that authoritative adult voice and sure enough, that boy turned around and sat his rear down quick.

Now, I am sure that may of you are appalled at this observation. "Why wasn't she paying attention?" "Why wasn't he strapped in properly?" "Someone should call the cops on her for negligence!"
Before you get your panties in a wad, take a chill pill. I could honestly relate to that woman. I was so not passing judgment on her or or parenting skills in the least. Here's why:

My little brother was wild growing up. Before he got into school and they diagnosed him with ADHD, he was just "a wild-ass kid." He was really good at unbuckling himself from the car seat when he was a baby. Not even three yet and he had that crap figured out easy. My mom had no control over it; she would strap him in and once she got down the road, he was loose and jumping around in the back seat. 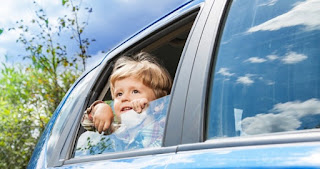 She was pulled by a cop once who saw him literally bouncing around all over the place back there with my older brother and I. The man gave her a hard time and at this point, with the three of us screaming and raising hell in the back, and this cop threatening her with tickets and social services, she had had it. She broke down crying. "What am I supposed to do? You take him then if you think you can do better! Watch!"
She buckles him back up and in seconds he is free and going ape-shit all over again.
At this point, the cop has no idea what to do. He kind of shakes his head and tells her to just be careful. What was a cop in the late eighties to do, anyway? What can you do with an escape artist?

She used to have to put a harness on him at the mall because he would run off and hide. Shit, we all did. Mom would be freaking out, trying desperately to find him,- while my older brother and I were not helping by fighting, screaming, whining, or also missing- and other parents would cluck their tongues at her. How could she lose one of her kids? Of course, once she started roping his ass in public like a cow, the head shaking didn't stop. How could she treat her kid like an animal? Poor woman couldn't win for losing. 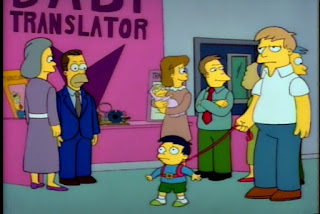 The point I'm trying to make here, folks, is that as parents, we can't help the cards we are dealt. I have a couple wild ones myself and taking them anywhere is like a circus. The kind with the petting zoo where no one ever shovels the crap up and the air smells like a mixture of peanuts and poop.
So before you try to judge other parents you see in public who might be spanking an ass, yelling while the kid is crying, or trying desperately to figure out where their little terror is hiding, just think about how stressed out that parent might be or what got them to that point.
Or remember your own childhood. We were all little shits once that liked to test our parents in one way or another. And isn't it lovely when it comes full circle?

What's up, readers!
I wanted to tell you about this cool event coming up that I will have a part in. Metamorph Publishing, an indie publisher, is hosting an awards event next month. Two of my books have been nominated! Yay! Here is some info about the event from their site: 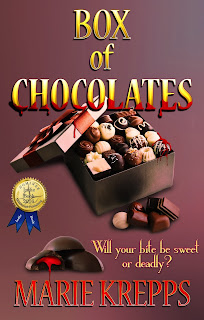 The cold of winter is setting in, at least for those of us in the northern Hemisphere of the world. But we at Metamorph Publishing aren’t letting that get us down! We’re already looking forward to a sizzling summer, and we’re here to announce our first annual Indie Book Awards! You heard that right, a summer book awards! The event officially begins on January 1st of each year, and nominations will be accepted through midnight CST on August 31st each year. Voting will begin on September 1st and end on September 10th each year.

“What’s the big deal?” you ask. “There are all kinds of contests out there.” And you’re right, there are hundreds, probably thousands of book awards. But many of them are only for unpublished authors, or authors who only write in certain narrow genres, or for authors who have never published before in a particular genre. Plus, there are plenty of them that charge an entry fee, some of which are prohibitive to authors who publish independently, without the backing of a large and powerful publishing house.

So, we’re hoping to do something different with the Summer Indie Book Awards! Entry is free, and nominations will be accepted from any indie or small-press author, regardless of their current published or non-published state, or what genre they write in.  We’re taking nominations from authors as well as from readers, and authors can nominate their own books; we only ask that authors who do so also nominate a fellow indie author. Nominations can be made using this form: http://goo.gl/forms/T1L8sQJGVx, while donations can be made at: http://goo.gl/forms/6DkAK4MeqI.
Feel free to join up with the event on Facebook at: https://www.facebook.com/events/1099924726693772, and like the official Facebook page of the Summer Indie Book Awards at https://www.facebook.com/summerindiebookawards. You can also sign up for the newsletter at: http://eepurl.com/bL43cf so you can stay up to date with all the latest news! In the pinned post of the Facebook event, you’ll find these links, along with links to a Google Drive folder where you can look and see who’s already been nominated! And any author who is nominated will have access to an official contest nominee badge, that they can use on their book covers or any promotional media, if they so desire.

Winners in each genre will receive a prize, beginning with the 1st place winners. If we get enough prizes donated, we’ll go next to 2nd place winners, and then to 3rd place. Regardless of the prizes, winners will get a high-quality winner badge, stating their place and the genre of the book. These will be of high enough resolution for authors to use on their print books, if they want to!

But it’s not only the winners that will benefit from the Summer Indie Book Awards! All nominated authors will have the potential to reach hundreds, if not more, of new readers, and reach a huge new audience through the social media forums! And best of all, it’s meant for you to have fun, to reach out and network with other authors, potentially forming long-lasting relationships. And readers will benefit from having a wealth of new books in front of them, as well as a vast amount of new stories to immerse themselves in.
Though we’re using Facebook and other social media as a platform to reach more authors and readers, none of these social media outlets are affiliated with the awards. They are hosted strictly by Metamorph Publishing.
For more information, please visit Metamorph Publishing at https://metamorphpublishing.com. 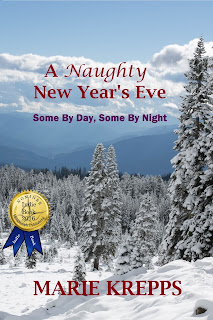 It's going to be a fun event! Come by, find some great new reads, and vote for your favorite books!
Posted by Marie at 7:03 PM No comments:

Hello everyone!
Tis I, your indie author and avid reader, Marie! Last month I read lots of books and four of those were by indie authors. Let me share those books, and my reviews, with you guys so you can update your reading list with some goodies. 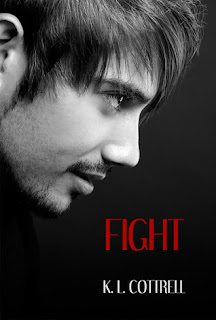 Review:
Each book of this series just keeps getting better! We get to know these characters so intimately, so completely, that they become absolutely real. I laughed with them, cried with them, and triumphed with them. This series has possessed me now and I can't wait to read the final book! 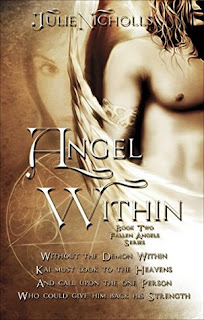 Angel Within
by Julie Nicholls

Review:
An amazing sequel to Demon Within! New friendships and new enemies. Love, betrayal, heartache. And some steamy sex scenes too! This beautifully written tale of friendship, loyalty, and the lengths one will go to protect those you love is my new favorite of Julie's. 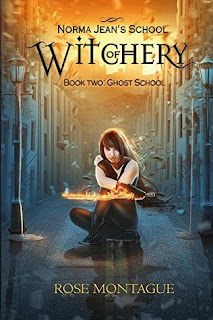 Review:
Another exciting adventure of Jewel the witch! Things become more complicated and the action is non-stop in this sequel to the first addictive book of the Norma Jean's School of Witchery series. Though very few scenes actually take place in the school, following Jewel as she becomes more powerful and endures new quests is more entertaining than ever. I had a hard time putting it down and can't wait for the third book! 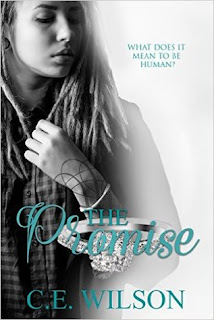 The Promise
by C. E. Wilson

Review:
This is the most beautiful, most tragic story that brought me to tears over and over again. Once I started reading this tale of Lily and her shrinking situation, I just couldn't stop. Sometimes loving someone just isn't enough and though letting them go is painful, it can be for the best. It's a hard lesson to learn for Erik and Lily but one that leads to happiness later on.


Rarely do I give so many five star reviews in one month but these books were fabulous reads! I also read some more volumes of the Kamisama Hajimemashita manga, Batman: The Killing Joke, and a few of those side Harry Potter books: The Tales of Beedle the Bard, Quidditch Through the Ages, and Fantastic Beasts and Where to Find Them. I had to get myself ready for the new Harry Potter book, after all!
Happy reading, everyone.
Posted by Marie at 11:26 AM No comments: 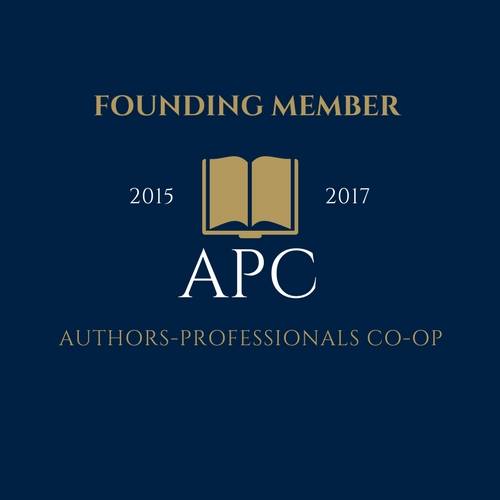 Proud to be in the APC

Marie
I'm very opinionated. I'm gonna give it to you straight whether you like it or not. I write adult books ranging from erotica to science fiction.

Purchase TANTALIZING TALES OF THE HORRIFIC AND FANTASTIC

Purchase THE LIFE SHE DIDN'T TAKE

Purchase THE SMELL OF DEATH & A TASTE OF BLOOD

Purchase THREADS OF A WEB

Purchase REACHING FOR THE LIGHT